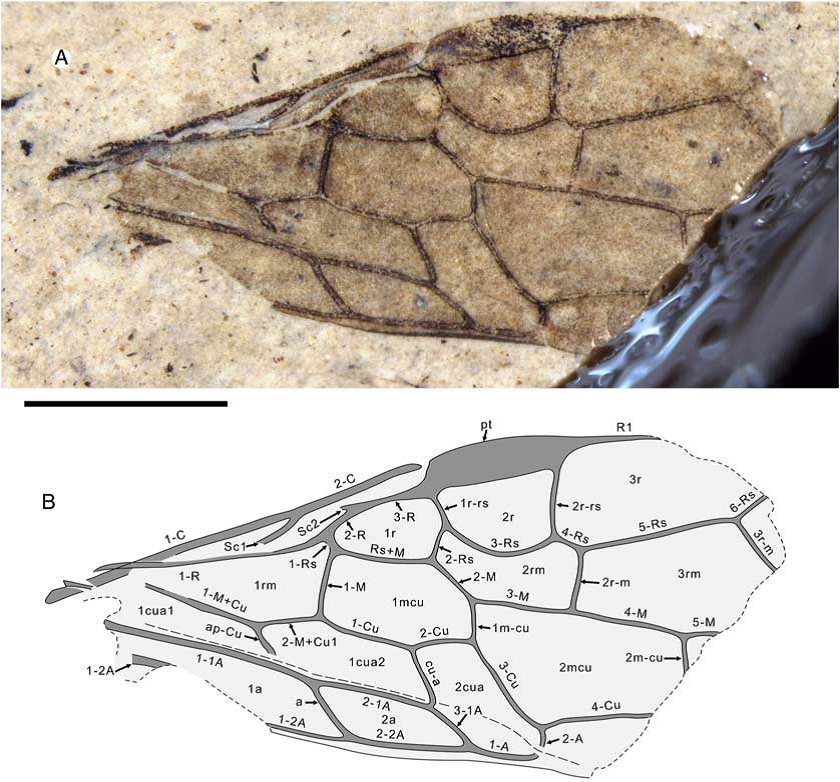 The genus name is formed from the Latin ulter, meaning on the farther side,ulteramus republicensisand ramus, meaning branch, referring to the distal position of the joining of Sc1 and R distinctive within the Pamphiliidae. Gender masculine.

A mostly complete and well preserved forewing, only missing portions of the apical-most and basal-most portions and the region between C and R mostly folded and damaged; housed in the BM collection; collected by Wesley Wehr in 1993.

Etymology. The specific epithet republicensis refers to the known locality of this species.

A more complete fossil is needed to determine if U. republicensis extends the age of an extant subfamily back to the Ypresian, or if the history of the family becomes more complex with the establishment of a new, extinct subfamily.